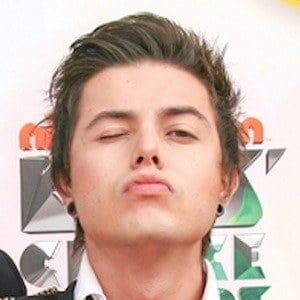 Vocalist and bassist best known for his years as a member of the Brazilian pop-rock band Restart. He has gone on to have success as a solo artist with songs like "Fica Mais um Pouco" and "Quando A Saudade Apertar."

He hails from São Paulo, Brazil.

His band's song "Levo Comigo" won a Brazilian Music Video Award for Hit of the Year.

He was bandmate with drummer Thomas Alexander Machado D'avilla in Restart.

Pe Lanza Is A Member Of