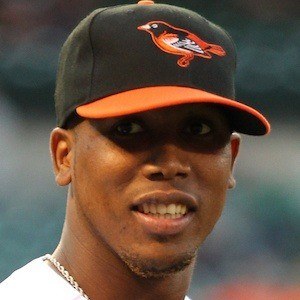 MLB pitcher who made his major league debut with the Texas Rangers in 2009. He then played for the Baltimore Orioles before being traded to the Chicago Cubs in 2013. He was a member of the Cubs' 2016 World Series Championship team.

He signed as a free agent with the Colorado Rockies in 2002, where he played as a shortstop in the minor leagues until 2006.

He won the 2013 World Baseball Classic while playing for the Dominican Republic.

He grew up in San Cristobal, Dominican Republic and is also of Dutch descent.

He and Jake Arrieta were both traded from the Orioles to the Cubs in 2013.

Pedro Strop Is A Member Of