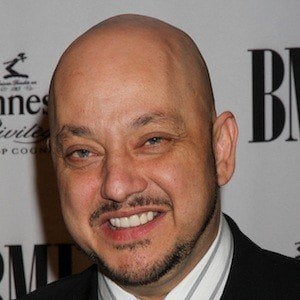 Music producer who was named a Star Maker by the Los Angeles Times in August 2017. He was Grammy-nominated in 2001 for the children's production El Morro. He has more than 900,000 followers on his pepegarza Instagram account.

He started out as an announcer in Monterrey before becoming a station manager. This led to him heading the La Que Buena station for more than twenty years.

He started working for the LA Radio Awards in 2000.

He posted his family Christmas photo to Instagram in December 2017.

He and Dr. Dre are both famous Los Angeles based music producers.

Pepe Garza Is A Member Of