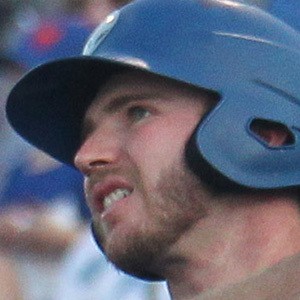 Nicknamed "Polar Bear," he is a first baseman who made his debut in 2019 as a member of the New York Mets. He was named a reserve in the 2019 All-Star Game that season and won the 2019 MLB Home Run Derby, as well as the 2019 NL Rookie of the Year award.

He played both football and lacrosse as a freshman at Jesuit High School, but quit both to focus solely on baseball. He enrolled at the University of Florida and played college ball there, helping the Gators reach the 2015 and 2016 College World Series.

He was a second round selection of the Mets in the 2016 MLB draft. He was the second player in Mets history to hit the most home runs (30) before the All-Star break.

His parents are Michelle and Peter Matthew Alonso.

Pete Alonso Is A Member Of