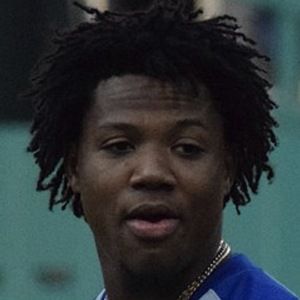 Outfielder who made his major league baseball debut in 2018 as a member of the Atlanta Braves. He was named the 2018 NL Rookie of the Year.

He originally signed with the Braves in 2014 as an international free agent. He made his professional debut in 2015 with the Gulf Coast Braves.

He was nicknamed El Abusador by Starling Marte.

Both his father and grandfather played minor league baseball. His uncle Jose Escobar played for the Cleveland Indians.

He wore number 24 throughout his minor league career in honor of Miguel Cabrera.

Ronald Acuna Jr. Is A Member Of