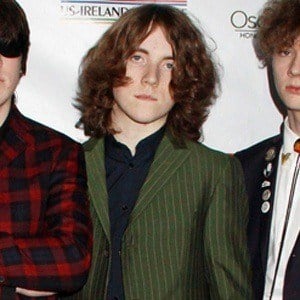 Irish professional bassist who rose to fame as one fourth of the rock outfit The Strypes. With the band he has opened for the Arctic Monkeys and performed live at the 2014 SXSW music festival.

When The Strypes first formed in 2010 he performed lead vocals before assuming bass guitar duty.

The band's 2015 sophomore album peaked at the number 1 spot on Ireland's music charts.

He is originally from Ireland.

Both he and Ross Farrelly performed with The Strypes.

Pete O'Hanlon Is A Member Of