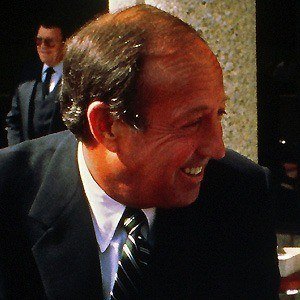 NFL commissioner who originated the Super Bowl in 1967. He served from January 1960 until November 1989.

He played baseball and basketball in high school, but never played football.

He consulted his friend, White House Press Secretary Pierre Salinger, on whether or not he should cancel the games scheduled for two days after President Kennedy's assassination. They decided to go ahead with them, a decision he would later regret.

He married his second wife, the daughter in-law of the owner of the Redskins, in 1974.

His NFL experiences were discussed in-depth in the book I Never Played the Game by Howard Cosell.

Pete Rozelle Is A Member Of