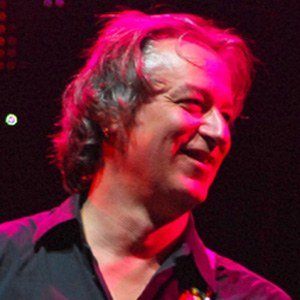 R.E.M. guitarist who wrote the 1999 song "Man on the Moon" and who also worked as a notable music producer.

He went to Emory University and the University of Georgia. He met his bandmate Michael Stipe while working at a record store.

He had many other side projects with bands including Hindu Love Gods, The Minus 5, and Tired Pony.

He founded R.E.M. with Bill Berry.

Peter Buck Is A Member Of