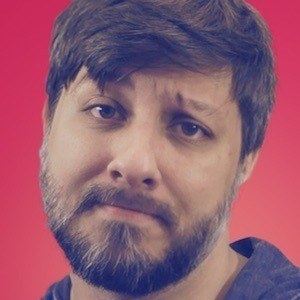 YouTube comedian who is known for his eponymous channel. He has gained widespread popularity for his original comedic sketches, parodies, and characters.

He has amassed more than 260,000 subscribers to his YouTube channel since its beginning. One of his most popular videos there, "Twilight 2: New Moon LEAKED EXTENDED TRAILER!," has earned more than 7.5 million views.

He often collaborates on his YouTube channel with his wife Ashleigh.

He and Bart Baker are both known for their prolific parody-centric YouTube channels.

Peter Coffin Is A Member Of