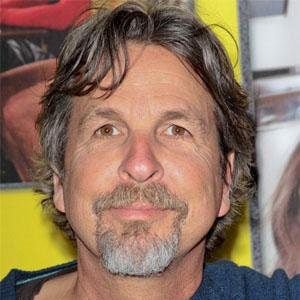 One half of the Farrelly Brothers directing team known for hit comedies like Dumb and Dumber and There's Something About Mary. Bobby Farrelly is his brother and directing partner.

He was waiting tables when a professor at UMass Amherst convinced him to apply to graduate school.

A published author, he has released the novels Outside Providence and The Comedy Writer.

He married Melinda Kocsis in 1996.

His first major box office hit came in 1994 with the release of Dumb and Dumber starring Jim Carrey.

Peter Farrelly Is A Member Of