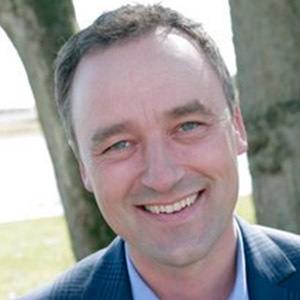 Danish journalist, public speaker and television presenter who became the host of the program Størst. Previously, he worked on the shows Hammerslag, Guld og grønne skove and Den store bagedyst.

He graduated from the Danish School of Media and Journalism in 2001.

His autobiography titled Ingemanns land - Et familiedrama was published in 2010.

His parents' names are Anne and Preben. He and his wife Trine have daughters named Marie and Caroline.

Mads Steffensen is another well-known journalist who was born in Denmark.

Peter Ingemann Is A Member Of