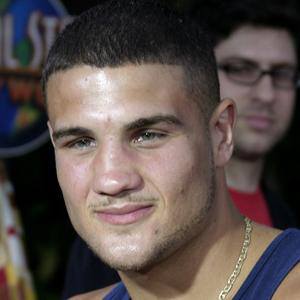 He fought his first fight at age 9 and won the bronze medal at the 2000 Eastern Olympic Trials.

He wears the Italian flag on his boxing trunks to show pride in his Italian heritage.

He lost to Florida's Jeff Lacy via unanimous decision on December 8, 2007.

Peter Manfredo Jr. Is A Member Of