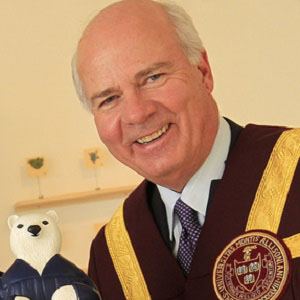 English-Canadian news anchor best known as the anchor of CBC's The National and a chief correspondent for CBC News. He has served as Chancellor at Mount Allison University and was made an Officer of the Order of Canada in 2008.

He was born in London and attended Glebe Collegiate Institute after moving to Ottawa. He served in the Royal Canadian Navy in 1966 and 1967.

Following the 2011 retirement of Lloyd Robertson, he became the longest-serving news anchor in Canada.

His first marriage, to Parm Dhillon, ended in 1975. He has since been married to CBC colleague Wendy Mesley and actress Cynthia Dale. He has two daughters from Dillon and a son from Dale.

He and Alison Smith have both anchored The National on CBC News.

Peter Mansbridge Is A Member Of