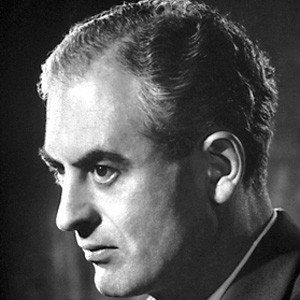 British zoologist and director of the National Institute for Medical Research at Mill Hill who won the Nobel Prize in 1960 for his work in tissue grafting.

He was born in the British Consulate in Brazil, making him a natural born British subject.

He was born and died on the same days as Ernest Renan.

He once said about Vincent Van Gogh, "If a scientist were to cut his ear off, no one would take it as evidence of a heightened sensibility."

Peter Medawar Is A Member Of