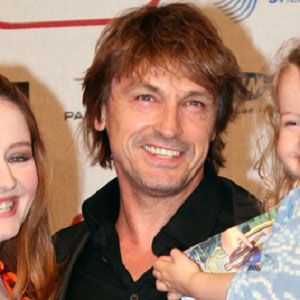 Most well known for his portrayal of Shane Ramsay on the popular soap opera Neighbours, this Australian actor is also recognized for his Logie-winning performance as Detective Joe Hill on the Network Ten series White Collar Blue.

Before making his screen acting debut in a 1983 episode of Carson's Law, he taught at an Australian Catholic school called Mercedes College.

He played recurring roles on Casualty (as Theo "Stitch" Lambert), Winter (as Lachlan McKenzie), Underbelly (as George Freeman), and The Bill (as DI Peter Cavanaugh).

After his marriage to British entertainer ended in divorce, he married Australian actress and subsequently welcomed a daughter named Darcey.

Peter O'Brien Is A Member Of