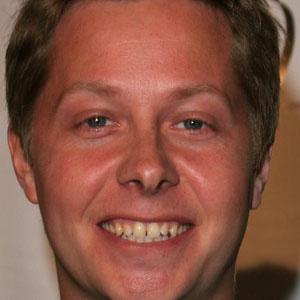 He studied at the National Theatre School in Montreal, Canada.

He starred in the Disney TV series Kickin' It as Lonnie.

He was born in Drayton Valley, a town in Alberta known for its oil fields.

He voiced the character Connor on the TV series Glenn Martin DDS, which included a character voiced by actor Kevin Nealon.