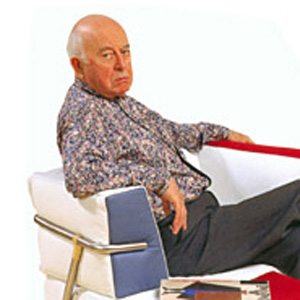 Architect who established a practice with his wife, Alison Smithson, in 1950 and was associated with New Brutalism. He and his wife helped popularize the streets-in-the-sky design.

He studied architecture at Durham University and worked for the London County Council. He and his wife gained early recognition for the Hunstanton School project, which employed variations on Ludwig Mies van der Rohe's techniques.

He and Alison designed the Garden Building at St. Hilda's College, Oxford.

His family was residing in Stockton-on-Tees when he was born. He married Alison in 1949 after meeting at Durham.

He and his wife aspired to carry on the innovative legacies of such legendary architects as Frank Lloyd Wright.

Peter Smithson Is A Member Of