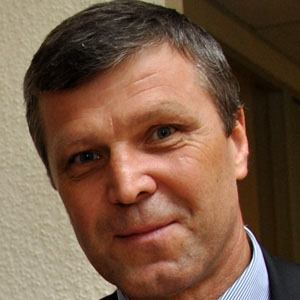 Hall of Fame NHL center who was the second highest scorer of the 1980s. He played for the Quebec Nordiques from 1980 to 1990, then spent four years with the New Jersey Devils.

He led the Czechoslovakian team over Russia in the 1976 World Championships.

He and his brother each scored a hat trick in one game with the Quebec Nordiques.

His brother, Marian, played with him on the Czechoslovakian national team.

He and Patrik Elias were both accomplished Czechoslovakian scorers.

Peter Stastny Is A Member Of