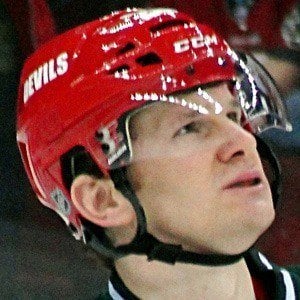 Longtime New Jersey Devil who set the franchise records for most seasons played, points in a season, and game-winning goals. He won Stanley Cup Championships with the Devils in 2000 and 2003.

He grew up in Třebíč, Czechoslovakia. He married Petra Volakova in 2007 and he has a daughter named Sophia.

Patrik Elias Is A Member Of