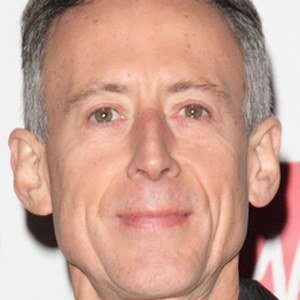 British Labour party (and later Green Party) politician who was twice a candidate for Parliament, in 1982 and in 2004. He became known for his outspoken human rights and LGBT rights advocacy.

He first became active in politics when, at fifteen, he organized a campaign for the rights of the aboriginal people in Australia. He also campaigned against the death penalty and the Vietnam War.

He became a leading figure in LGBT rights and organized the first Gay Pride march in Britain in 1972 and attended the first and second Moscow gay pride festivals. He was injured by a group of Neo-Nazis in Moscow.

He came out as gay in 1969 and was profiled in The Guardian after being set up on a "Celebrity Blind Date" with Richard Fairbrass in 2010.

He was twice involved in attempted citizen's arrests of Zimbabwean president Robert Mugabe and sustained significant injury during the second attempt.

Peter Gary Tatchell Is A Member Of