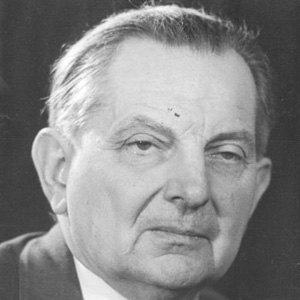 German chemist who received the Stalin Prize for his work on the Soviet atomic bomb project. He made important developments in terms of the use of uranium and plutonium.

He studied at various universities from 1919 to 1923, and earned his doctorate under Richard Adolf Zsigmondy in 1923.

He became the director of East Berlin's Institute of Physical Chemistry in 1956.

His family came from Schweidnitz.

Peter Adolf Thiessen Is A Member Of