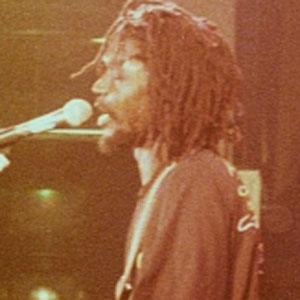 Jamaican reggae singer who performed with The Wailers from 1963 to 1974 and had a successful solo career, releasing his debut called Legalize It in 1976.

He taught himself to play the guitar at the age of fifteen by watching a local musician before meeting and Bunny Wailer.

He released seven solo albums, the last being No Nuclear War, which he made the year of his death.

He performed with Bob Marley for many years.

Peter Tosh Is A Member Of