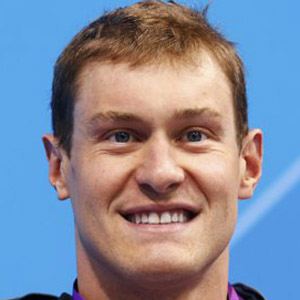 Swimmer who represented the United States internationally and won gold medals in the 4x200-meter freestyle relays at the 2004 and 2008 Olympics.

He swam in college for the Michigan Wolverines.

He was born in Royal Oak, Michigan.

Michael Phelps was his teammate on the 4x200-meter freestyle relay teams that won Olympic gold in 2004 and 2008.

Peter Vanderkaay Is A Member Of