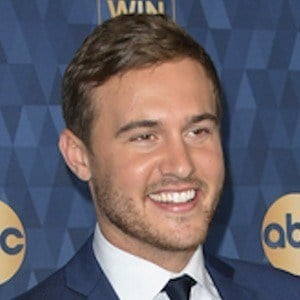 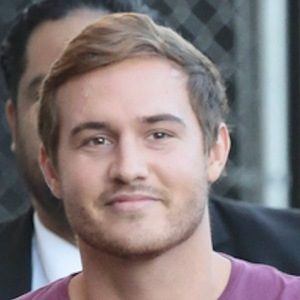 Reality television star who is best known for having appeared on the 2019 season of The Bachelorette where he competed for the love of Hannah Brown. Prior to his appearances on the series, he worked as a pilot for Delta Airlines and shared photos of his flying through Instagram for his over 1.7 million followers.

He first started sharing photos through his Instagram in December of 2012. He then started gaining further attention in February of 2013 when he started posting more flying related content including a photo of him flying chef and cooking legend Wolfgang Puck.

He is also an actor and is known for having starred in the 2014 film In The Dirt.

He was born and raised in Westlake Village, California. His mother's name is Barbara Weber. He shared a photo with his brother at his graduation from UCLA to his Instagram in June of 2017. He was engaged to Hannah Ann Sluss for a few months in early 2020 before the two called the engagement off. He then briefly dated Madison Prewett in March 2020. In May 2020, he confirmed his relationship with Kelley Flanagan. They ended their relationship in late 2020.

He has flown a wide variety of celebrities including Richard Sherman and Adam Levine whom he's also shared photos with on his Instagram.

Peter Weber Is A Member Of