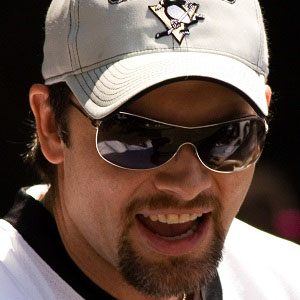 Czech right winger who won Stanley Cup Championships with the New Jersey Devils in 2000 and with the Pittsburgh Penguins in 2009. He also played in four additional Stanley Cup Finals, two with the Devils, and one each with the Penguins and Anaheim Ducks.

He was selected 18th overall in the 1995 NHL Draft by the Devils after previously playing professionally in the Czech league and in the American International Hockey League.

He was born in Pizen, Czechoslovakia.

He played alongside Evgeni Malkin on the Penguins' back-to-back Eastern Conference Champion teams in 2008 and 2009.

Petr Sykora Is A Member Of