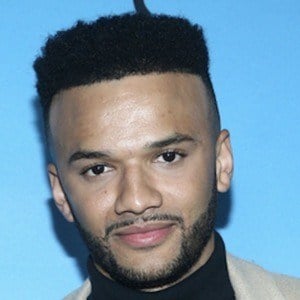 Actor who rose to widespread fame for his starring role of Tal on the YouTube Red original series Step Up: High Water. He debuted as the character during its first season in 2017.

He trained with the National Youth Theatre of London in 2011. He earned his first guest starring TV role in a 2013 episode of Casualty.

He performed at the 2012 London Olympic Games as an actor and acrobat during the opening ceremonies. He appeared in the 2017 Netflix original sci-fi film iBoy as Shotgun.

He was originally born and raised in England. He has been dating Sophia Miacova.

He appeared alongside Bill Milner in the 2017 Netflix film iBoy.

Petrice Jones Is A Member Of