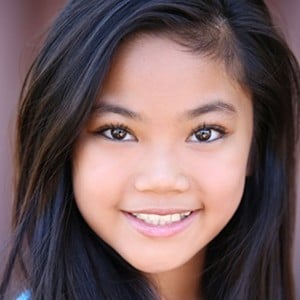 Dancer, actress and model who has earned representation with Paloma Model and Talent and MSA. She's danced on stage with the likes of Justin Bieber for The Purpose World Tour as well as rapper Becky G. She has also appeared in music videos for notable artists such as Mac Miller and Daddy Yankee.

She was dancing since the young age of two at JayVee Dance Center. She landed her first movie break with Tatyana Ali in her TV Movie The Second Sight.

She starred as Harley Quinn in a viral concept dance video for Suicide Squad alongside other notable dancers including Aidan Prince, Bailey Sok, and Kaycee Rice.

She is of Filipino, Spanish, Chinese, Cambodian and Vietnamese descent.

She has worked with top choreographers such as Tricia Miranda, Matt Steffanina, and Cedric Botelho, among others.

Peyton Cortez Is A Member Of