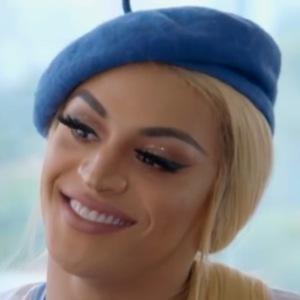 Brazilian singer/songwriter and drag queen who is recognized for the 2015 viral single "Open Bar" which was a Portuguese rendition of Major Lazer's "Lean On."

She began performing in nightclubs and at gay rights parades during her adolescence.

She released her debut studio album Going Bad in January 2017.

Her real name is Phabullo Rodrigues da Silva. She is from Brazil.

She collaborated with Anitta on the 2017 Major Lazer song "Sua Cara."

Pabllo Vittar Is A Member Of