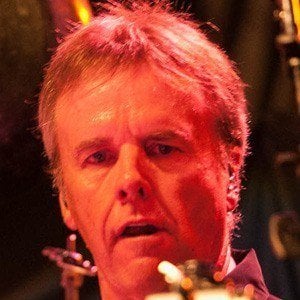 Drummer with the progressive rock band Kansas who helped write the hit songs "Point of Know Return" and "Play the Game Tonight."

He learned to play the drums when he was in middle school. He was involved with the band White Clover too, before Kansas became famous.

He and fellow band member Rich Williams have appeared on the all the album covers for their band.

He has a son, Noah, who has autism and it has inspired Ehart to be active in autism awareness. He also has a daughter named Avery. His wife's name is Laurie.

He has been a member of Kansas with bassist and vocalist Dave Hope.

Phil Ehart Is A Member Of