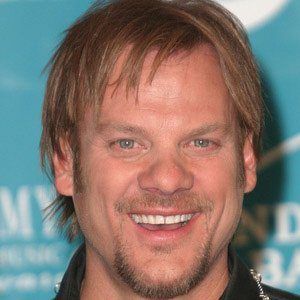 Country singer who has co-written songs for various singers including Collin Raye and Alan Jackson. He released #1 hits "Just Another Day in Paradise" and "In a Real Love".

He sang in local clubs and achieved little success after being signed to a small record label.

He has songs on his album that feature duets with Sara Evans. His debut album had five hit songs, including "Rose Bouquet."

He was previously married to Julie Wood and has two children.

He has collaborated with Tim McGraw.

Phil Vassar Is A Member Of