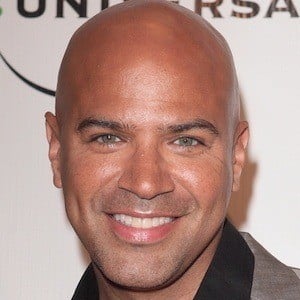 Actor and voice actor known for his roles voicing various characters on Star Wars Rebels, Kyle Duarte on Jake 2.0, and Maurice Chavez in Grand Theft Auto. He also played the role of Ruben Enriquez on The Secret Life of the American Teenager.

His entertainment career started in 1990, when he appeared in the musical Buddy: The Buddy Holly Story as Ritchie Valens.

He also had a recurring role as Marcus Rispoli on Grimm and appeared in four episodes of 24 in 2009. Other video games he's worked for include Rise of the Tomb Raider, Fallout 4, and Saints Row.

He grew up with four older siblings. His parents are named Maximo and Veronica.

He appeared alongside Shailene Woodley on The Secret Life of the American Teenager.

Philip Anthony-Rodriguez Is A Member Of