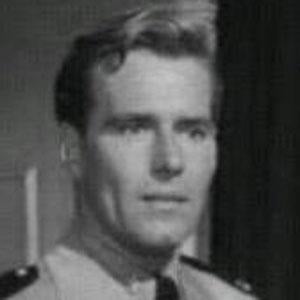 Tall and muscled actor who played military and law enforcement roles in dozens of films, including Operation Pacific. His other credits include Mister Roberts, The Long Gray Line, 77 Sunset Strip.

He debuted in the 1951 John Wayne submarine drama, Operation Pacific, and the following year he appeared as a dashing cavalry officer in Springfield Rifle.

Outside of film, he had a recurring role as a Texas oil tycoon on One Life to Live, and did a series of campy Granny Goose potato chips commercials in the '60s.

He was born Eugene Carey, in Hackensack, New Jersey.

Philip Carey Is A Member Of