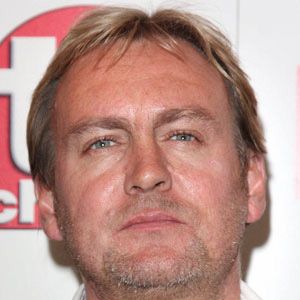 British actor who played the corrupt Gene Hunt on the sci-fi drama Life on Mars and appeared in Kingdom of Heaven. He later reprised his role on the Sequel to Life on Mars, Ashes to Ashes.

He played William Dobbin on the series Vanity Fair.

He was in Woody Allen's film, You Will Meet a Tall Dark Stranger.

He had two children with actress Beth Goddard, whom he married in 2006.

He was in the epic war film, Kingdom of Heaven, alongside Orlando Bloom.

Philip Glenister Is A Member Of