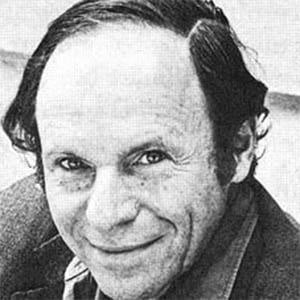 Physicist who taught at MIT and contributed to the Manhattan Project, which developed the atomic bomb during World War II. He was responsible for the PBS miniseries 'The Ring of Truth: An Inquiry Into How We Know What We Know.'

He attended the Carnegie Institute of Technology and UC Berkeley.

In 1999 writer Jeremy Sone accused him of being a Soviet spy but he has adamantly denied this.

He married Phylis Hagen Morrison in 1965, who he wrote a coffee table book with in 1982.

He worked on the Manhattan Project with Albert Einstein.

Philip Morrison Is A Member Of