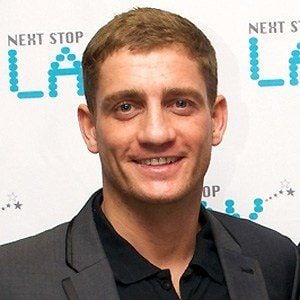 Best known for his role in the soap opera Brookside as the character of Tim O'Leary. He later reprised the role in Brookside: Unfinished Business.

His first role came a year prior to his appearance in Brookside, when he appeared in the 1995 Channel 4 series Hearts and Minds.

He appeared in the series Hollyoaks: In the City, as Adam Tyler.

He was born in Liverpool, England but also lived in South Africa and the U.S. as a child.

He appeared in Hollyoaks: In the City with Gemma Atkinson.

Philip Olivier Is A Member Of