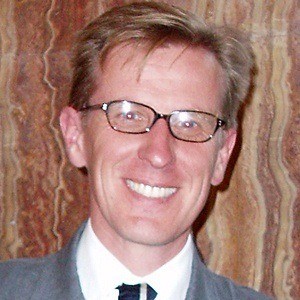 Award-winning children's author best known for his Mortal Engines Quartet series. He won the 2006 Guardian Children's Fiction Prize, a once-in-a-lifetime book award for his concluding volume. He's also popular for his series of Mortal Engines prequels, the first one being a finalist for the 2010 Carnegie Medal.

He wrote his first story at the age of five years old called Spike and his dog Spook.

He was born in Brighton, England. He had a son named Sam in 2002 with his wife Sarah.

His earliest influences include the likes of JRR Tolkein and Oliver Postgate.

Philip Reeve Is A Member Of