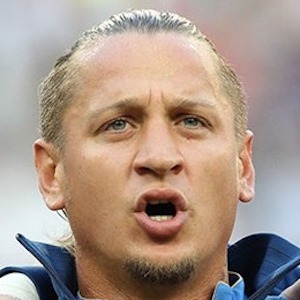 Former professional French football player who was known for his work as a centre back for the Roma, Auxerre, and Milan clubs. He is also known for having played as a defender for the French national team as well.

He has earned several honors and awards for his playing including the Coupe de France in 2002 with the Auxerre club and the Coppa Italia with the Roma club in both the 2006 and 2007 seasons.

He has a son named Enzo and two daughters, one named Eva and one named Stella.

He was featured on the Italian cover of the EA Sports video game FIFA 12 alongside Giampaolo Pazzini and Wayne Rooney.

Philippe Mexes Is A Member Of