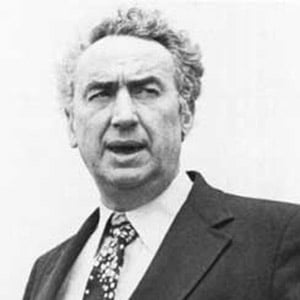 While serving for nearly twenty years as a United States Representative from California's fifth district, this Democratic congressman played a key role in raising national awareness of the importance of AIDS research and in establishing the historically and ecologically important Golden Gate National Recreation Area in San Francisco, California.

After attending the University of Southern California, he graduated from the Golden Gate College School of Law. During both World War II and the Korean War, he served in the United States Air Force.

He played an important role in bringing about the demise of the House Committee on Un-American Activities.

After his death and following a special election, his wife Sala Burton filled his spot in the United States House of Representatives.

As a delegate to the 1968 Democratic National Convention, he supported the presidential campaign of fellow Democrat Robert F. Kennedy.

Phillip Burton Is A Member Of