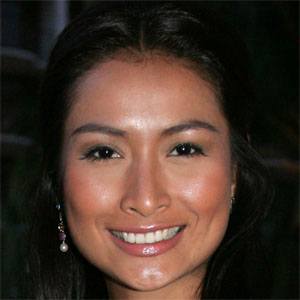 Known for hosting such Philippine television series as Boracay Bodies, Extra! Extra!, and I Dare You, she also appeared in several Tagalog films and in the television dramas Pangako sa ’Yo (ABS-CBN) and Narito ang Puso ko (GMA Network).

She began her modeling career at the age of thirteen and was soon appearing in television commercials and in photo spreads for Marie Claire and Seventeen magazines.

She attended De La Salle-College of Saint Benilde in the late 1990s and early 2000s.

For a time, she was romantically involved with guitarist Ira Cruz. In December of 1998, she welcomed a daughter named Kim Nichole.

She and Isabelle Daza both became well-known Filipina television hosts.

Phoemela Baranda Is A Member Of