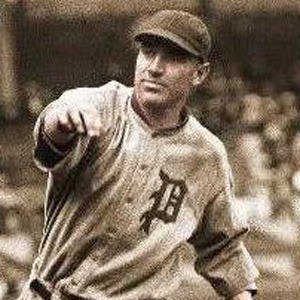 Played his entire 18-year career for the Pittsburgh Pirates with a .320 lifetime batting average.

He earned the nickname 'Pie' after one too many trips to the local grocery store and asking for pie.

He hit a home run off future Hall of Fame pitcher Walter Johnson in the 1925 World Series.

He was married to his wife Eve until his death in 1972.

He became a better hitter when Hall of Fame infielder Rogers Hornsby advised that he use a heavier bat.

Pie Traynor Is A Member Of