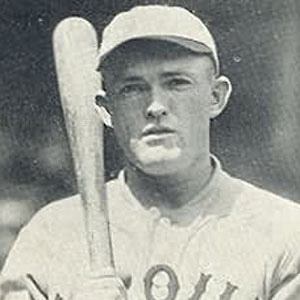 Hall of Fame slugger who won two Triple Crown batting titles, led the St. Louis Cardinals to a World Series title in 1926 and retired with a a lifetime batting average of .358 with 2,930 career hits.

After the death of his father, he and his brothers had to get work in a meat packing plant.

In June, 1920, he hit two triples against pitcher Grover Cleveland Alexander in a game that broke his 11-game winning streak.

Rogers Hornsby Is A Member Of