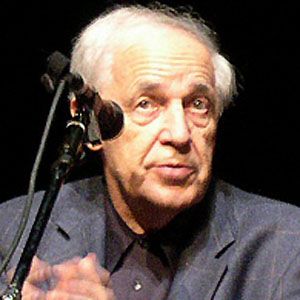 French composer, conductor, writer, and pianist known for his serialism. His Second Piano Sonata from 1948 was composed when he was just 23. He was honored with a lifetime achievement award at the 2015 Grammy's.

He first pursued mathematics before turning his attention to music. He studied math at Lyon, then left for the Paris Conservatoire to study music.

He was raised in a Catholic household, but converted to atheism later on.

He was a contemporary of fellow experimentalist John Cage.

Pierre Boulez Is A Member Of