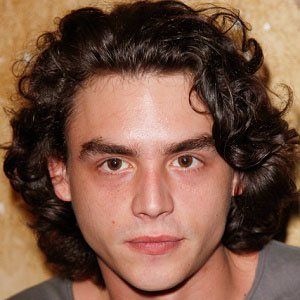 Perhaps most well known for his portrayal of the psychopathic Chris in the 2011 French film American Translation, he is also recognized for his work in the 2015 comedy feature La Nuit Je M'Ennuie; the 2013 film Le Weekend; and the television series Les Revenants (The Returned).

Early in his career, he played the recurring role of Thomas Bernardy in the television series Faites Comme Chez Vous.

In 2015, he began filming a science fiction feature titled Game for Motel Room.

He spent his youth in Nogent-sur-Marne, Val-de-Marne, France. He later began a relationship with French-Spanish actress and model Astrid Berges-Frisbey.

He co-starred with Lizzie Brochere in the 2006 film Chacun sa Nuit (English title: One to Another).

Pierre Perrier Is A Member Of