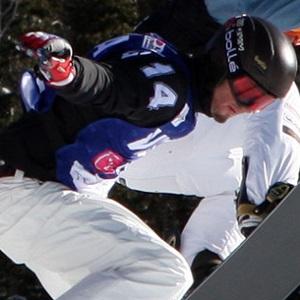 Snowboarder who won a gold medal at the 2014 Winter Olympics in snowboardcross.

He began skiing when he was six years old, at the renowned French resort Serre Chevalier.

He shocked the world in 2014 by winning his gold medal just two months after tearing his ACL.

He was born in Briancon, France.

Pierre Vaultier Is A Member Of