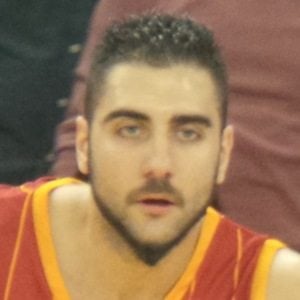 Italian professional basketball player known for his work with the Virtus Bologna team of the Lega Basket Serie A (LBA). He plays as both a shooting guard and small forward. He has also represented Italy's national team at the European Under 20 Championships.

He began playing for the youth side of U.C. Casalpusterlengo in 2003. He went on to debut in the third division of the team during the 2005 season. In 2007, he went on to play for Italy's national team at the European Under 20 Championships.

He has won several awards and honors including the Serie A Best Player Under 22 award during the 2010 season and the Premio Reverberi Best Player award in the 2009 season.

He was born and raised in Brescia, Italy.

He was a teammate of Danilo Gallinari when he played for the youth side of U.C. Casalpusterlengo in 2003.

Pietro Aradori Is A Member Of