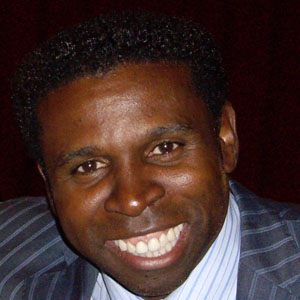 Running back and return man who played for the Kansas City Chiefs in 1987, and for the CFL's Toronto Argonauts from 1989 to 2000.

He played at I-AA William and Mary, where he compiled over 4,700 all purpose yards during his time, and was an All-American.

After retiring he stayed in the Argonauts system, serving as a head coach, president, and vice chairman.

He raised three children with his wife Diane Clemons.

Pinball Clemons Is A Member Of