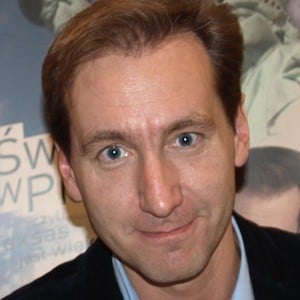 He was a member of the editorial staff of the student paper Uczeń Polski from 1988 to 1989.

He was married to Dominika Czwartosz from 2000 to 2004. He then married Karolina Ferenstein in 2008.

He and Martyna Wojciechowska are both Polish journalists.

Piotr Kraśko Is A Member Of