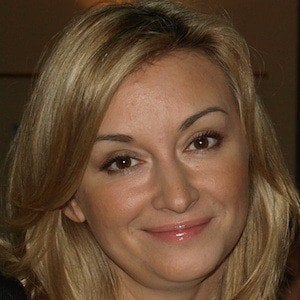 Polish journalist and adventurer known for her work on TVN Poland, as well as being the editor-in-chief of National Geographic Poland and host of Woman at the End of the World.

She studied economics and was part of her first film production, How To Do It With Girls, in 2002.

She completed the Seven Summits, climbing the highest peak on each continent, when she scaled Mount Carstensz in 2010. She's also raced at the Paris-Dakar rally.

She has a daughter named Maria and a brother named Arkadiusz.

She and Maxime Chaya have both completed the Seven Summits.

Martyna Wojciechowska Is A Member Of