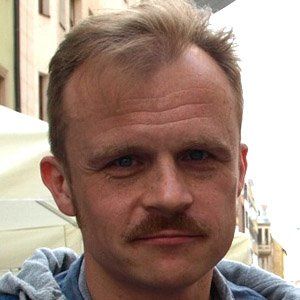 Best known as the frontman of the popular Polish rock group Coma, this singer and guitarist released eight albums (two solo recordings and six albums with Coma) between 2004 and 2013. His second solo album, 95–2003, reached the #1 position on Polish music charts.

After training at the Ludwik Solski Academy for the Dramatic Arts, he released his first Coma album, Pierwsze wyjście z mroku, in 2004.

An actor as well as a singer, he appeared for two years on the Polish drama series Czas Honoru and also acted in a 2007 German film titled And Along Come Tourists.

Born and raised in Łódź, Poland, he later studied in the city of Kraków.

Piotr Rogucki Is A Member Of