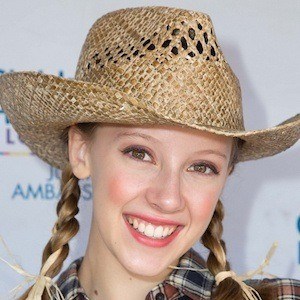 American actress who is perhaps most famous for her role as Zelphaba on the Nickelodeon series 100 Things to Do Before High School. Her performance earned her a Young Artist Award for Best Performance in a TV Series in 2016.

She appeared in commercials for brands like Walgreens and Chuck E. Cheese.

She has performed as a member of the band Madison Fayre.

She has a younger sister named Skylar.

She appeared alongside Owen Joyner on 100 Things to Do Before High School.

Piper Madison Keesee Is A Member Of